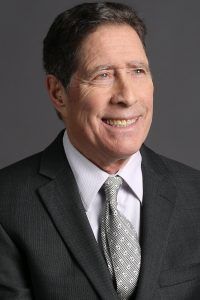 Medical/Professional Training:
Dr. Keystone obtained his Doctorate of Medicine degree from the University of Toronto in 1969. After a further five years of training in Rheumatology, he received his specialty degrees (or fellowships) in both Rheumatology and Internal Medicine in 1974. He then carried out his research training at the Clinical Research Centre in Harrow, London, UK until 1976. He was on staff as a consultant rheumatologist at The Wellesley Central Hospital, Toronto, Canada from 1976 to 1998.

In 2003 Dr. Keystone established The Rebecca Macdonald Centre for Arthritis and Autoimmune Disease – a centre devoted to research in genomics, therapeutics, and outcomes in autoimmune inflammatory joint disease. He was Director of the Centre and headed the Advanced Therapeutics Division which focused on novel therapeutics in Rheumatoid Arthritis until 2019. Dr. Keystone is a consultant to the pharmaceutical and biotechnology industry, and is a member of numerous national and international biopharmaceutical advisory boards.

Dr. Keystone is married with a son and two daughters, and two delightful grandchildren!