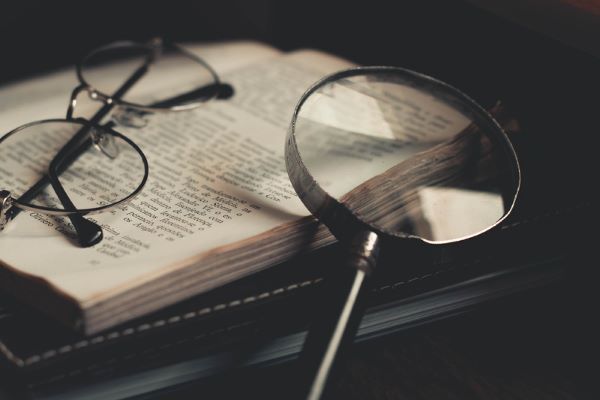 Sometimes it’s difficult to make medical or research terms simpler. For some terms that are really specific to CATCH research and to rheumatology, a glossary is available to use as a reference when reading the site or even to help understand some of the terms rheumatologists or healthcare teams use. To provide suggestions to the glossary or to provide feedback, please contact the CATCH team.

A person needs to have 4 out of the 7 criteria listed here to have RA by this definition:

The 1987 ACR definition of RA (see the definition above) has been criticized for a lack of sensitivity in early disease, so these new criteria were created by a new working group. The classification of definite Rheumatoid Arthritis (also called RA) is based on the presence of synovitis (see definition below) in at least 1 joint, absence of another explanation of the synovitis, and a total score of 6 or greater (of a possible 10) from the individual scores in 4 areas: number and site of involved joints (score range 0–5), serologic (i.e. blood serum) abnormality (score range 0–3), elevated acute-phase response (score range 0–1), and symptom duration (2 levels; range 0–1).

This term describes the body’s response that occurs very soon after the onset of infection, trauma, or inflammatory processes. Certain proteins (called acute phase proteins) are released in to the blood that can be measured and there is usually a fever.

A professional group that represents more than 9,400 rheumatologists and rheumatology health professionals around the world. The ACR has programs in education, research, advocacy, and practice support.

These are naturally occurring molecules that bond together to form peptides, and are considered the building blocks of proteins.

Proteins that are part of your immune system that fight invaders (e.g. germs and bacteria) from outside of your body.

Proteins that are found in the blood. These are used to show that RA is there (but they are not always present in people with RA).

Autoantibodies that attack peptides and proteins (see definitions below) that are citrullinated (this means they are modified in a certain way).

These are antibodies that attack your own body. People with autoimmune diseases have many autoantibodies that cause their own immune system to attack itself.

A disease where a person’s own immune system attacks itself, because it mistakenly thinks it is under attack by foreign invaders.

A kind of drug that is a protein created by living cells, not by a chemical manufacturing process like other drugs. Biologics are also considered to be a new type of DMARD.

This is a measure of a person’s relative weight based on your mass and height. It is used to determine how a person’s weight compares to others who are the same height. A general guide is that BMI should be between 20 – 25, and under 30, for good health.

Inflammation of fluid sacs (bursae) in the body. These fluid sacs are where muscles and tendons slide across bone.

A protein that is found in the blood and can be measured to determine a person’s level of inflammation.

The CRA is Canada’s professional association for rheumatologists, and promotes excellence in arthritis care, education and research.

A word used to describe a group of people observed in a study over a time. Usually this group has something in common such as the same kind of disease.

Having more than one chronic illness or condition.

This means that there is a decrease in DAS score of 1.2 and indicates a large improvement in disease.

A change in DAS score of greater than 1.2.

When a person has a DAS28 score of 0.6 or less, they are considered to be in remission.

Drugs that decrease inflammation and slow down RA. Biologics are also DMARDs.

This term is used to describe when an illness first appears and ‘presents’ as many different symptoms.

CATCH defines ‘early’ as within 1 year of diagnosis.

Inflammation of the enthuses, which is where tendons or ligaments connect to bone.

This term is used to describe damage to joints that cannot be fixed or repaired.

This is an organization that represents patients, health professionals and scientific societies of rheumatology in Europe. Its goals include stimulating, promoting, and supporting research, prevention, treatment and rehabilitation of rheumatic diseases.

This term describes a time of increased and often intense RA disease activity.

A questionnaire that shows a person’s joint function based on his/her answers to the questions on a disability scale and the number of damaged joints.

A questionnaire where a person indicates the amount of difficulty they have with: dressing and grooming, arising, eating, walking, hygiene, reaching, gripping and performing common daily activities.

A cartoon of a person with circles over its joints used to show which joints are swollen, tender or damaged.

A treatment for women where they take hormones during and after menopause to try to decrease the effects and discomfort of menopause.

This is what happens when the body normally fights infection. When a person has an immune disease like RA, their body issues an immune response even when they don’t have an infection, so their body attacks parts of itself and can cause damage.

This is the part of your body that keeps you healthy when you come in to contact with bacteria, viruses, and other germs that can do damage to you or make you sick.

Can be thought of as a “fire” in the joints. This is part of your body’s normal response to heal itself and which is seen as swelling in certain areas, which may also result in redness and pain in those same areas.

This is a basic ethical obligation and legal requirement for researchers conducting studies with human participants. People who are approached to participate in the study must be provided with information about the research study. The potential participants must be able to understand this information so they can make an informed and voluntary decision about whether or not to participate.

Another word for researcher who is leading a research study.

The smallest change in a treatment outcome that a patient would consider being significant.

The smallest change in a measure that shows a significantly important change.

This is a questionnaire answered by patients in about 5-10 minutes to assess their abilities to manage tasks of daily living, pain levels, locations of joint pain, morning stiffness, fatigue, and other general health questions.

Drugs that do not contain steroids that reduce pain and fever, and have anti-inflammatory action in high doses.

Can either be a word for the result that you’re trying to measure in a research study or a change or state when someone is treated.

An international, independent initiative of health professionals interested in measuring patient results in rheumatology. There are also patients who participate in this group’s activities.

A questionnaire in which patients indicate the level of pain they have because of their RA.

Something that the patient indicates is happening – it is not measured by the doctor.

These are biological molecules that are made up of amino acids, and link together to form proteins.

A scale where the doctor determines the level of pain the patient is experiencing because of their RA.

A set of questions used to measure a flare (developed by the OMERACT RA Flare group).

Used to describe a research study where patients are followed in to the future.

These are large biological molecules that are made up of many long chains of amino acids or peptides. They are necessary for cells to function and can act as enzymes or have structural or mechanical functions.

A patient questionnaire that combines ratings of five items into a single index (or score): current and past global disease activity, pain, morning stiffness and a joint count.

When there are so few signs and symptoms of a disease it seems to be gone. This is not necessarily a cure, but usually means the risk for more damage to joints or other organs is extremely low. Remission is the goal of early, optimal treatment.

A group that manages the approval of research studies that involve human participants. It is usually made up of professionals as well as members of the public.

Used to describe a research study where patient data is looked at historically (e.g. through patient chart reviews).

Part of the Multidimensional Health Assessment Questionnaire (MDHAQ), this is an index without formal joint counts, is scored in less than 10 seconds, and is a pooled index of the 3 patient-reported American College of Rheumatology rheumatoid arthritis (RA) Core Data Set measures: function, pain, and patient global estimate of status. Each of the 3 individual measures is scored 0 to 10, for a total of 30.

The RAPID 3 plus the patient homunculus to identify painful joint areas.

Patients who do not have Rheumatoid Factor or Anti-Cyclic Citrullinated Peptide in their blood (determined by a blood test). This does not mean that they don’t have RA.

Patients who have Rheumatoid Factor and/or Anti-Cyclic Citrullinated Peptide in their blood (determined by a blood test). Being seropositive alone does not mean you have RA – you also have to have symptoms such as pain, stiffness and joint swelling and tenderness.

A survey that asks a person about their ability to do different tasks (e.g. moving items, vacuuming, climbing stairs, work, and social activities).

A measure that shows many different aspects of rheumatoid arthritis (e.g. tenderness, swelling of joints and inflammation in the body). SDAI50 indicates a 50% improvement since the last time it was measured.

A term used to describe interaction between social and economic factors (e.g. one’s economic and social position related to others, based on income, education, and occupation).

These are tissues that connect, support and surround the body’s organs and bones such as muscle, fat and skin.

This refers to the layer of tissue just under the skin.

Joints that appear to be ‘puffy’ because of extra fluid inside them due to inflammation. Redness and/or warmth often accompany a swollen arthritic joint.

This is the term used to describe inflammation of the synovial membrane (the thin membrane that lines joints).

A term used to describe an approach to treating rheumatoid arthritis where treatment is aiming to a set goal. For example, treatments may be added or increased over a period of time to reach a goal 12 weeks after it is started.

This is a joint that, when at rest and has slight pressure applied or touched, feels tender or painful.

This is inflammation and swelling of a tendon.

Many studies are performed to ensure that measures are valid – i.e. so that they their findings can be generalized to treatment of patients in the real world.